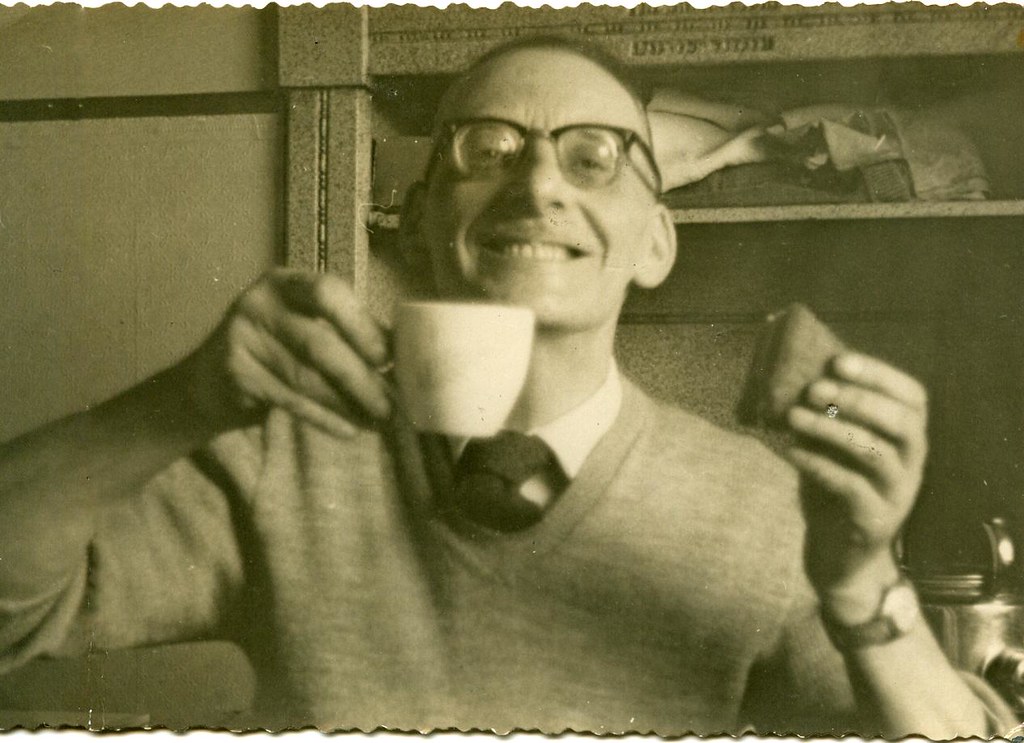 The Perceptor was invented by my Grandfather Bernard Jones.  My mother, Liz Whittaker, recollects –
“Bernard was an engineer, worked for Renold Chains as a Precision Chain Inspector until 1963 when he left to go into business opening the electrical shop VAX in Claremont Road. He had always invented things – horlicks mixer, hanging scales, designograph (the prototype idea that led to the spirograph), and once he had the shop he invented the Invertest, the electrical safety testing device that won him an award in the early 1970’s from the Inventor’s Society (Manchester ?) who had a regular stand annually at the Ideal Home exhibition where he showed his inventions every year. 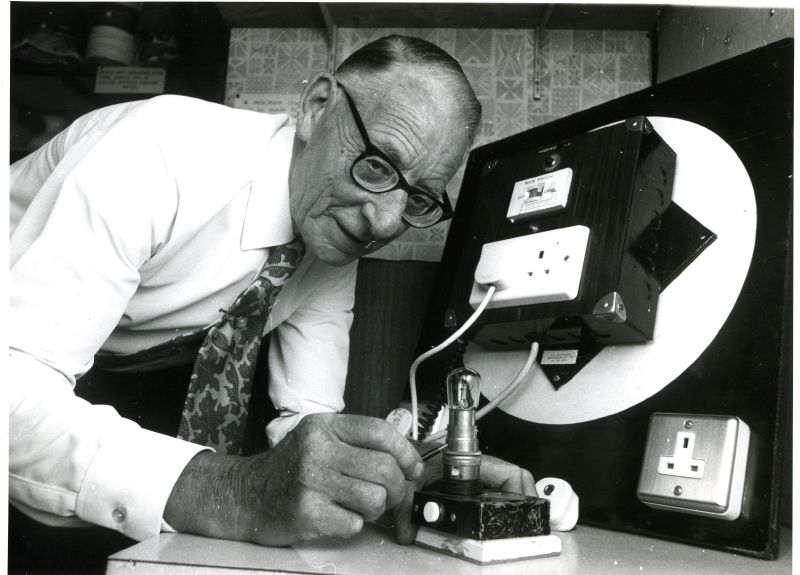 His interest in arcane subjects grew in his later years. He’d always enjoyed number, maths problems stuff like that, and he noticed there were mathematical patterns in astrology, cartomancy and numerology (his own pet subject) that seemed to be consistent throughout and could be ‘pooled’ to give some kind of predictive possibility. The Perceptor was produced in small numbers and advertised in Exchange and Mart, that would probably have been around 1970/72 I imagine. There were a few newspaper articles about him back then and there was a particular journalist called Peter Everett who interviewed him more than once and was impressed by what he called ‘his giant brain’. That was around the time when Lily got into spiritualism and more or less persuaded him to go along with her. He was never really a spiritualist and if ever asked his religion he said he was a ‘Pythagorean’.”

Watch a documentary about ‘Bernard and the Phone.’ made for the first Absent but not Forgotten exhibition in 2010.

(from ABNF 2010)
Aspects of the exhibition are loosely based on some of my Grandfather’s research into EVP. As an electrical engineer and inventor he was convinced he could make a telephone that would communicate with ‘the other side’. Oddly enough, he, like me, had a barn full of semi-working and broken Hifi and TV – interesting that we both share a fascination with what might be found in the broken, silent or noisy portions of recorded media. Jacob Whittaker.

The interview was processed and edited to include the audio waveform and a sequence of images derived from frequency analyses of the silences within the audio.

“I remember as a kid, whenever we visited my grandparents, he (Bernard) would take great interest in whatever electronic game or gadget us kids were playing with that week… once taking apart a light up Yo-Yo, much to my annoyance, in order to see and explain how the motion was switching the light on…
…Im sure the technologies available now would have interested and excited his ‘Giant Brain’ “.